Cosmos (ATOM) aims to become the first staking solution that truly connects the crypto world. Own and stake it on CoolWallet Pro!

Cryptocurrency technology is still in its infancy and the ecosystem is deeply fractured. Although Bitcoin (BTC), Ethereum (ETH), and Binance Smart Chain have various benefits, it is not easy for an individual to interact with all of these systems at once.

Although some solutions exist — like the “wrapped” ERC-20 tokens that represent Bitcoin — these require the user to convert a cryptocurrency for a new chain.

Cosmos (ATOM), the self-proclaimed “Internet of Blockchains”, could be about to change all of that and open up a new, more connected, cryptocurrency universe. You don’t need to be a Carl Sagan or Neil DeGrasse Tyson to see its potential as well as its future appeal if it delivers on its promise.

As you may know, the newly launched CoolWallet Pro supports staking of this groundbreaking new digital asset and blockchain platform. Let’s take a deep dive on what exactly Cosmos is, what problems it solves and also, how to stake ATOM on the CoolWallet Pro.

Before diving into Cosmos let’s take a look at the pain points in the existing cryptocurrency ecosystem. The foundation of most cryptocurrencies is a distributed ledger that records transactions.

In some cases, a ledger is designed for a single cryptocurrency, such as Bitcoin. In other cases, other tokens can be built — like Ethereum tokens built using the ERC-20 protocol.

Unfortunately, these ledgers are not interoperable. If you send Ethereum to a Bitcoin wallet, it will be lost forever because the receiving wallet cannot process the transaction.

Solutions to this technological gap usually involve a cryptocurrency exchange. For example, you can buy wrapped Bitcoin (WBTC) or eBitcoin (eBTC) which are Ethereum tokens backed by a collateralized supply of Bitcoin. This enables Bitcoin holders to stake on the Ethereum network.

The problem with these inter-exchange solutions is that they usually require a high level of technical knowledge to operate. They often involve making purchases via DeFi exchanges, which are beyond the technical abilities of some crypto users.

Additionally, the purchase could result in your exchange account being blacklisted, as DeFi exchanges do not conduct Know Your Customer (KYC) processes. There is also the risk that you could incur a taxable event when you sell your Bitcoin.

These problems put inter-exchange operations out of the reach of many cryptocurrency users.

Cosmos (ATOM) is designed to be an ecosystem of parallel blockchains that scale and operate together. It was founded in 2016 and raised more than $16 million in its initial coin offering (ICO) in 2017. The platform is among the most successful crypto projects and has a market cap of around $4.9 billion as of May 2021.

Cosmos-based blockchains can incorporate the Inter-Blockchain Communication (IBC) protocol. This protocol is designed to be an industry-standard protocol for IBC.

The Cosmos white paper is ambitious and includes many of the features touted by “platform” cryptocurrencies such as Ethereum.

How Is Cosmos Different From Ethereum?

There are some big differences between Ethereum and Cosmos. Ethereum operates as a single blockchain that developers can use to build decentralized apps (Dapps). Thus, single applications, such as UniSwap, can cause large bottlenecks on the Ethereum network.

In contrast, Cosmos is composed of many independent blockchains which utilize Byzantine fault tolerance (BFT) consensus mechanisms. Each blockchain maintains control of its governance but is interoperable with other blockchains in the network. The protocol governing this process and making it possible is called Tendermint, a simple and asynchronous BFT consensus protocol, whose participants are called validators and take turns to propose and vote on transaction blocks..

It is even possible for blockchains that use different algorithms to connect to the Cosmos network via adaptor blockchains or Peg Zones. These adapters translate 3rd-party blockchains so that Cosmos-compatible blockchains can read it.

More than 240 applications run their main nets on Cosmos. These include decentralized finance apps, infrastructure, and social interactions. High profile examples include the Binance Smart Chain, DATA, and CyberMiles.

Cosmos has two types of blockchains:

Both Bitcoin and Ethereum currently rely on Proof of Work (PoW) consensus methods, which require computers to solve complicated equations to process transactions. However, Ethereum is in the process of transitioning to Proof of Stake.

How Can I Buy Cosmos?

To buy Cosmos, you need to purchase the project’s native token, called ATOM. You will need two things: a wallet and an exchange account.

Many exchanges — including Binance and Coinbase Pro — have ATOM listed as a currency that can be traded for either USD or the USD-backed stablecoin TETHER. Kraken currently provides 5 ATOM currency pairs.

If you want to ensure maximum protection or take advantage of Cosmos’s staking features, you will need to set up a Cosmos-compatible wallet, available as Android, iOS, or web-based apps.

Picking the right Cosmos-compatible wallet is challenging. Here are 7 alternative options to the CoolWallet. One of the most important factors to consider is whether you want a hardware wallet or a mobile wallet.

Hardware wallets are physical devices designed to store your cryptocurrency, like CoolWallet Pro and CoolWallet S. These wallets are considered the zenith of cryptocurrency security because the wallet is always offline (“cold”) and any transaction requires physical access to the device as well as the passing of several biometric security checks. You simply don’t get more secure than this.

There are a number of software wallets currently out in the market. Let’s take a quick look at one.

Cosmostation is designed for Android/iOS devices as a web wallet, making it very accessible. The app supports all networks built using the Cosmos SDK, including the Binance Smart Chain. It provides users with the ability to create and maintain wallets within the app and it’s 100% open source.

In terms of security, the Cosmostation solution is non-custodial. All transactions are generated through local signing on the host device. The app does not store any personal information about the users. Cosmostation is the validator of any ATOM that you want to stake in the network, making its wallet the easiest solution for the majority of Cosmos users.

Please note that any software and online (“hot) wallet comes with its own risks and often translates to a less secure spot to keep your crypto. We don’t condone using any purely digital wallet.

How Do I Stake Cosmos?

One of the best features for Cosmos holders is the ability to stake your ATOM. Staking means that you agree to lock your ATOM for a specific time period.

Staking prevents you from spending the funds you stake but it also means that your ATOM can validate new transactions on the Cosmos blockchains. In exchange for missing out on the opportunity to day-trade or lend out your ATOM, you get an annual reward that amounts to about 8-10% of the value of your stake.

The first and most complicated method of staking Cosmos is to set up a validator node. Validators are responsible for creating new blockchains on the Cosmos network. Validating is a complicated procedure with a high technical barrier so won’t be the correct option for some Cosmos stakers.

Most ATOM holders will instead want to delegate their ATOM by giving a validator the right to use it to validate transactions. This doesn’t mean you are giving away your ATOM; it remains yours.

However, if a delegator acts maliciously, their total stake, including that of delegating users, will be “hard-slashed” and destroyed. So, it is prudent to share your stake across several validators to distribute your risk.

Once you delegate your ATOM you can’t “unbond” it for three weeks. However, it is possible to switch between different validator nodes without waiting for the full period, providing some flexibility.

There are currently around 125 validators active at any one time, chosen from among the largest 125 validator nodes. If your node’s rank drops below 125, it will not be selected for validation. This number will be expanded as the network grows.

It is important to do due diligence on the validator you select, since you do share their risk. Consider the following factors:

After choosing a validator, the easiest way to delegate your ATOM is through your chosen app. If you’re using Cosmostation, you can go to your dashboard and select “Delegate.” A list of all possible validators will appear and you can scroll through them. When you select a validator, you will see basic information, including the validator moniker and the current amount bonded to the node.

2. Staking Via an Exchange

If delegating sounds a little complicated, there is a simpler option. Many crypto exchanges, including Coinbase and Binance, offer to stake ATOM on behalf of their clients. Although the benefit of this approach lies in its simplicity, users should be aware that you are trusting the exchange with your ATOM, potentially over a long period. They will also charge a larger fee than if you were staking yourself.

Before staking with an exchange, you should make sure that you trust the exchange and that you accept the long-term losses that can be incurred by increased fees.

You can also engage in soft staking: using third-party platforms that work similarly to exchange staking in that they take on the technical aspects of staking so you don’t have to. These services generally take a percentage of the staking rewards as a fee.

Even though Staking-as-a-Service takes on the technical aspects of crypto staking, it doesn’t necessarily make the prospect simpler. “Segregated” staking, like Coinbase provides, is more like traditional banking in that client accounts are separated from each other. You earn rewards only on your individual stake, minus the fee you pay to Coinbase.

“Non-segregated” staking, offered by Battlestar Capital, puts client accounts into the same pool of funds. It also allows Battlestar to offer “self-bonding,” which promises greater yields via the combination of bonding and delegating.

3. How to Stake ATOM on CoolWallet Pro

Cosmos has a novel approach and honorable objective that separates it from the pack of similar projects in the crypto space. The team’s holistic approach to other blockchains is a refreshing break from the usual tribalism that has often stunted much of the industry’s collective progress, and may enable the project to carve out a niche in the middle ground between the myriad of existing solutions.

Although its staking method offers solid returns compared to the market average, be aware that ATOM’s hard-slashing security method does assign more risk to users if you’re not using a reputable staking solution. In general, Cosmos is a project that should be on every serious crypto investor’s watch list for some time to come and offers an expanding universe of possibilities. 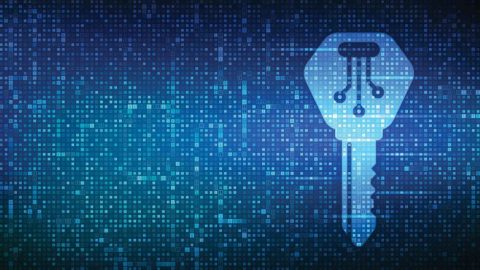 Proof of reserves has been touted as the solution to avoid the next FTX crisis, but should we really be looking at proof of keys instead? 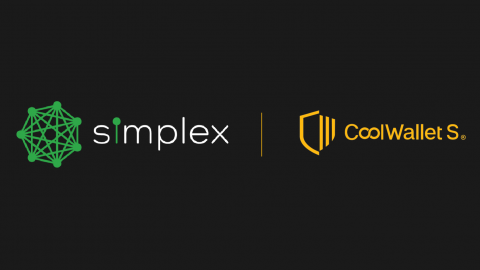 Crypto hardware wallet, CoolWallet S, partners up with Simplex to bring customers a convenient way to convert their fiat into crypto.