Ethereum’s London hard fork heralds in a few important improvement protocols to improve scalability and lower transaction fees. The EIP-1559 upgrade, with its deflationary base fee burning mechanism, has divided the ETH community, with miners and investors split over its impact.

The Ethereum blockchain is set for a huge and much-delayed upgrade today (5 August 2021) that will further aid its slow transition from a proof-of-work to a faster, more efficient and scalable proof-of-stake consensus algorithm, after previous hard forks and upgrades in recent years.

The upgrade, known as the London Hard Fork, has been in the works for some time now and aims to alleviate two of Ethereum’s biggest current weaknesses by facilitating increased scalability and reduced gas fees. The hard fork consists of 4 EIP upgrades, chief among the controversial EIP 1559 protocol which has Ethereum miners seeing red as it will negatively impact their mining rewards.

Initially, the various upgrades will not have much of an impact, however it will begin to perform as intended once Ethereum 2.0 eventually takes off in 2022.

What is Ethereum’s  London Hard Fork?

The London hard fork is the next major upgrade to Ethereum and is set to go live on 5 August 2021 ( (view countdown here). There are five EIPs (Ethereum improvement proposals) that make up the London hard fork.

According to Ethereum’s latest official blog post, the hard fork should go live on block 12,965,000.

EIP 1559 has attracted a huge reaction, exciting investors with its deflationary supply impact and lower transaction fees, whilst angering miners, who will receive less mining rewards. When the London hard fork goes live, it will increase the network usage which will result in a higher amount of ETH being burned, which in turn will push Ethereum from inflationary to deflationary and curb its supply growth in its Ethereum 2.0 final form. This may also bring some additional new appeal to Ethereum for investors, likely resulting in a favorable long-term price increase.

Why the London hard fork is important

Ethereum is inflationary with theoretically no limits on how many of them can exist in contrast to Bitcoin which has a fixed cap of 21 million BTC. Miners are paid with new Ether with every block validated.

The London fork aims to decrease gas fees while burning a portion of the fees, which will make it deflationary. The transaction fees will also become more easily anticipated which should help elevate the congestion we have seen on the Ethereum blockchain before especially during dumps.

How will EIP 1559 affect Ethereum Mining?

With any technology making changes and upgrading ( such as firmware fixes) comes certain risks and compromises to solve systemic problems. EIP1559 does just that by proposing a change in the rewards earned by miners. Where they would normally earn 100%  of the fees, EIP1559 will allow miners to receive tips in the form of an optional inclusion fee to prioritize a user’s transaction.

Ethereum’s gas fees have been exorbitant in 2021 not only due to network congestion but because of the smart contract network’s auction system, where users essentially bit against each other with gas fee limits in order to speed up the processing and verification of their transactions by miners.

The “blind auction” makes ETH’s transaction fees high, unpredictable and volatile, which is great for miners who can pick and choose what they want to process, but costly and frustrating for users.

EIP 1559 will introduce a new transaction mechanism where users will pay an algorithmically standardized base fee (determined by the network’s activity) that is always clear to them before they proceed and stops the network from getting congested. Users will also be able to “tip” a miner to process their transactions faster. What makes EIP 1559 a game-changer though is that miners won’t collect the base fee, but rather it will be destroyed, or “burned”.

Why are miners unhappy?

Some miners will understandably be upset seeing they will lose even more income with a lower standard base fee since the mining rewards have already halved from 5 ETH per block a few years back to 2 ETH of today.

The changes to the rewards won’t affect Ethereum’s ability to process a transaction on its own. However, there is the risk that unhappy miners will leave the network or try to disrupt it, which could pose a very real threat to Ethereum’s network security.

Miners are extremely important to any proof of work ecosystem, however, moving to proof to stake will eventually make expensive mining equipment obsolete. Therefore it is vital for Ethereum miners to maximize their returns and recap their investments well before Ethereum 2.0 reaches its final form

While things might appear bleak for Ethereum miners, there is a positive spin on it. Users will and are going to pay tips to ensure their transactions are dealt with with urgency. With Ethereum becoming deflationary, t should ultimately result in the ETH now received by miners being worth a lot more.

What other EIP upgrades are included in London hard fork?

The difficulty bomb will make it extremely difficult to mine Ethereum, decreasing the incentive to mine and making it less appealing, helping the transition from ETH 1.0 to ETH 2.0.

EIP will delay this difficulty bomb to December which should help and give miners time to sort themselves out and complete the transition to validators.

Adds an opcode that gives the EVM access to the block’s base fee. EIP-3198 is related to EIP1559 as it allows smart contracts or DApps to get the base fee immediately allowing them to improve their services.

The Ethereum London hard fork heralds in another exciting new chapter in the world’s most dynamic blockchain, introducing vital improvements to help new sectors like DeFi and NFT projects to prosper and proliferate on its network.

By tackling scalability, network congestion, and transaction fees, the various EIPs will increase Ethereum’s network effect by making it better to build and transact on. While this is bitter medicine for miners who have enjoyed huge returns this year after a bear market in which ETH remained in the doldrums, it should be offset in the long run by an even bigger price rise for the Ethereum network.

Looking for somewhere to store your precious ETH and universe of ERC20 tokens? Try our CoolWallet Pro hardware wallet, tailormade for cold storage DeFi staking and the safe storage of your crypto assets thanks to its tamperproof design, EAL 6+ secure element, military-grade encrypted Bluetooth communication and biometric verifications. 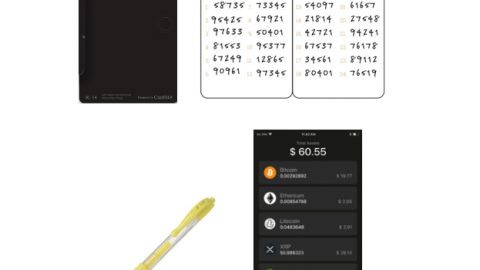 Back it Up: How to Check If Your Recovery Seed is Correct (Guide) 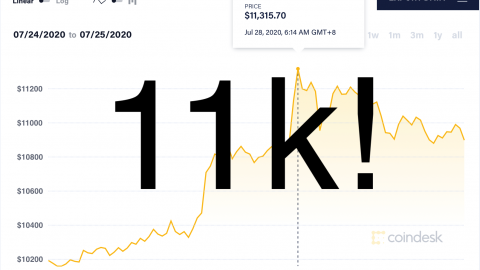 Bitcoin (BTC) has hit a new record high for the year 2020 and soars beyond the 11k market price. The real question is: to HODL or not to HODL? 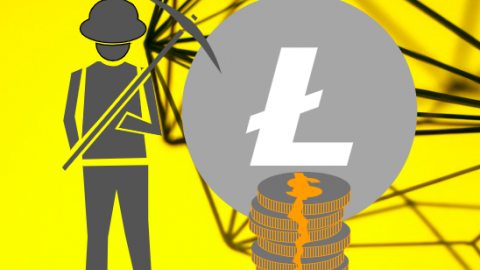 Litecoin’s recent halving raises the stakes for LTC mining, security, investment and value.What can we expect?

Celebrities are fawning over crypto like Bitcoin, ETH, Doge and NFTs in 2021. Here are the biggest supporters and shillers!