Crypto markets were battered and bruised last week battling the brutal fallout from one of crypto’s darkest days, if not the darkest. The dramatic and total collapse of two popular top 10 coins, Terra (LUNA) and Terra USD (UST) which had a combined market cap of $80 billion, took place in real-time as panicked investors tried to flee from the carnage by dumping their holdings on exchanges.

The Terra dump helped drive Bitcoin to under $27,000 (partly due to the Terra team selling off its $3 billion reserves worth of BTC) and eviscerated tens of billions of dollars from investors’ pockets. Social media was flooded this week by heartwrenching stories of thousands of over-invested crypto users who lost everything in the catastrophe, considered the most devastating even in crypto history.

UST was considered to be the crypto industry’s latest Great New Hope for a viable algorithmic stablecoin after previous failures like Nubits and Basis (ironically another failed project by Terraform Labs founder Do Kwon, who is now accused of being a scam artist), and its unique burning/minting relation to LUNA saw the latter skyrocket in value as mainstream adoption rose. Add to this a blossoming and dynamic ecosystem of dozens of innovative projects building on the blockchain, and the DeFi project’s meltdown is nothing short of catastrophic, especially in the middle of a deep bear market that has seen Bitcoin lose more than half its value since its 2021 all-time high of 68,000 USD.

Following its collapse from $112 to around $0.000001 at one point, LUNA did see a brief 100x rally as investors remained optimistic about a recovery. Beware: this is likely only a “dead cat bounce”.

While hopes remained that the Terra team had HODL’ed its reserve funds, on Monday 16 May 2022 it was revealed by the Luna Foundation Guard revealed that less than $100 million in fungible assets remained after billions were burned up trying to preserve the UST peg.

The Terra disaster underscores the risks that come with algorithmic stablecoins and cult followings in crypto and is reminiscent of the infamous Bitconnect Ponzi scam’s collapse in 2018.

In this article, we’ll take a look at what happened, why it happened, and what’s next for Terra, its ecosystem, and crypto investors.

We recommend to users that while Luna has been supported on CoolWallet since the end of last month, it’s best not to buy LUNA and UST due to volatility and lack of certainty around its future. This is not financial advice, but fair warning. OK, let’s start the Terra autopsy.

What are Terra (LUNA) and USD Terra (UST)?

Luna and TerraUSD (UST) are both native tokens of the Terra network, a blockchain-based project developed by South Korea’s Terra Labs and its founder Do Kwon. The main mission of Terra was to create an algorithmic, uncollateralized stablecoin, a holy grail of crypto, that would remain beyond the reach of regulators thanks to its decentralized nature.

Terra USD is exactly that in theory-an algorithmic stablecoin that is supposed to remain pegged to the USD on a 1:1 basis. To achieve this, (here’s a very simplistic explanation), the Terra Foundation mints or burns LUNA in order to preserve the peg, using its supply as a seesaw to help UST retain parity with its fiat counterpart. Each time new UST is minted, LUNA is burned in the process, and vice versa.

As crypto markets began to cool off following the wild bull run of 2021, Luna and UST became very popular very quickly as a perceived low-risk alternative thanks to the high yield of up to 19.3% in UST that Anchor Protocol promised those who staked UST with them.  The Terra foundation essentially used Anchor Protocol as a marketing tool in order to speed up the adoption of UST.

Why did Luna and UST collapse?

Luna founder Do Kwon remained bullish and arrogant about the bright future of the Terra ecosystem, despite increasing criticism (see Jack Niewold’s thread here) that the project was a Ponzi scheme, flawed in its design, and vulnerable to a Wall Street attack. Kwon made outlandish statements like “By my hand DAI will die”, and took on several detractors on Twitter, calling them poor, stupid, and even daring billionaires in his community to try their luck at de-pegging UST. Crypto Twitter lapped up the drama.   Terraform Labs even threatened to sue Christian Williams, CryptoBriefing.com’s editor, unless he retracted a silly April Fool’s Day article that made fun of Terra.

As they say, pride comes before the fall. Soon enough, the usually brilliant and articulate @Stablekwon (his Twitter handle) took a $10 million bet with deep-pocketed crypto investors that Luna would be worth more than $88 in a year. All these made many whale investors antagonistic towards Terra… and it possibly a target.

The warning signs already started to appear in early February when Anchor Protocol’s reserves began to run dry, forcing the Luna Foundation Guard (LFG) to replenish it with $450 million in order to ensure that Anchor could keep offering its high staking rewards and ensure that users kept their UST and didn’t move over to safer stablecoins like USDC and USDT.

In the meantime, the LFG under Kwon decides to diversify their reserve holdings by acquiring billions of dollars worth in Bitcoin,as well as AVAX. This is meant to bolster the strength of the peg, and is widely welcomed at first by the crypto community, even Bitcoin maximalists, who think the idea is revolutionary.

No one seems to factor in that it in fact signals to possible attackers exactly how much pressure is needed to derail USDTerra and send it crashing down.

The Anchor joyride on new LFG money could only last so long. With the NASDAQ and crypto markets taking serious hits, investor confidence became low and paranoia high. It created the ideal conditions to create massive fear in the markets and for unknown ruthless whale investors to sink Kwon’s Terra Titanic in one fatal week.

Down The Terra Death Spiral

Here is a breakdown by influential Twitter analyst Route2Fi of how the de-pegging and Luna crash played out:

“It all started with a massive sell-off on Curve. There was an $85 million UST-to-USDC swap that had the 3-pool slightly out of imbalance. To put the Curve pool back into balance 50,000 ETH was sold, and another 20,000 ETH was sent to Binance.

Next, rumors about what happening is spreading quickly on Twitter. This leads to a $2B withdrawal of UST on Anchor. Now the peg is moving between 0.987-0.995. However, the first defense is successful. But the peg never fully recovered.

Here are 4 factors that were in place to make sure that the attackers would succeed:

So LFG is removing $150M UST from the 3-pool on Curve in preparations for the new 4-pool, when the attacker uses $350M of the UST they’ve bought OTC to drain the Curve pool. Now, there’s no liquidity on Curve.

The peg is creeping down to 0.97-0.98. Anchor deposits now really start to tank. The rumors are spreading quickly. Anchor deposits were $14B at the top, but you could literally watch the deposits go down by $10M per minute as investors begin to panic.

The peg is now sitting at $0.97, people are scared, and on top of that Nasdaq and the stock market are massively down, which leads to a lower BTC price, lower altcoin price and the LUNA price is tanking. But the attack is not done.

The attackers now have $650M UST left that they’re starting to sell on Binance. What do you think happened? A massive de-peg. LFG is stepping in and selling BTC to buy UST to try to restore the peg. Now the death spiral is starting to get momentum.

Eventually, LFG understands that this is a race they can’t win and lets the peg bleed.

At the time of writing (17 May 2022), LUNA is priced at $0.0002 and UST at $0.09, following today’s proposal by Kwon to fork LUNA and sacrifice UST in order to save the massive ecosystem of Terra projects.

If all this still doesn’t make sense, here’s crypto sleuth CoffeeZilla’s take on it:

What have we learned?

The crypto space thrives on innovation, bright ideas that coalesce into disruptive new technology that we use to redefine how we store, earn and transfer our wealth. The DeFi space has revolutionized how we look at money, to a degree that even Traditional Finance giants are beginning to copy our playbook.

Arrogance and cultish, boorish community behavior, where any criticism is met with the kind of vitriol so endemic on social media, exacerbates a project’s weaknesses, invites the vultures to start circling, and almost inevitably leads to hubris and lost fortunes, pension funds, and life savings.

Terra’s rapid demise, as hard as it was to forecast by anyone (OK OK, a few of you Twitter doomsayers), should serve as a warning sign to all investors that no cryptocurrency is too big to fail. It also won’t be the last massive cryptocurrency to fail, whether by its own hand, or that of hedge funds or regulators.

The glory days of 2021’s bull run is over, at least for the time being. There can be no crypto bull runs without bear markets either. Crypto crashes are almost a feature, not a bug, by now. That said, getting involved with the wrong project and putting in more than you can afford is very dangerous.

It’s therefore wise to take a reality check and see whether you’re investing on emotion or logic-backed conviction. Make sure that your investment has a real use case, and a solid, sustainable path to longevity. Also, be aware that with the flood of institutional money in markets, the stakes are higher, and the players are smarter.

Therefore, you need to be smart as well. Don’t put all your eggs in one basket, or chain, or Big Idea, but spread your risk across ecosystems and consider coins with real fundamentals. Make sure that if one chain goes down for good, it doesn’t contaminate your other investments.

Ultimately the goal, as this post by crypto sage Punk 6529 explains, is to survive during bear markets (and thrive in bull markets).

On a lighter note, there were some blisteringly funny schadenfreude takes on the Terra drama since its demise, as LUNA descends into Meme coin territory, by victims and critics alike, which we share with a tear or two. Below is a couple of the best as judged by the author, who also lost a big chunk of his portfolio by stupidly trying to play Luna’s “falling knife” price drop:

And the winner (feels like years since the Squid Games-inspired ponzi):

Commiserations, godspeed and stay safe out there. WAGMI!

(This article is for educational purposes only and does not constitute any financial advice. )

Deposit your BTC in the CoolWallet App with this step-by-step guide and earn some satoshis passively on the go. 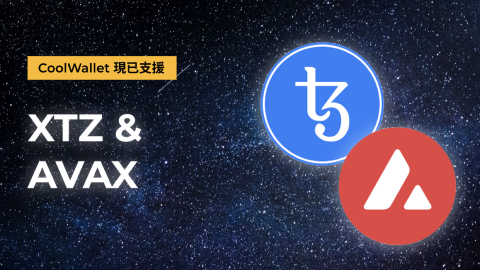 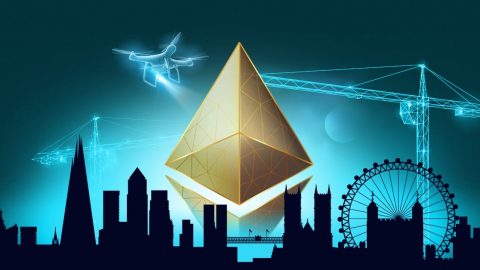 Ethereum’s London hard fork and EIP-1559 which will help make ETH deflationary and lower gas fees via base fee burning, has angered miners. 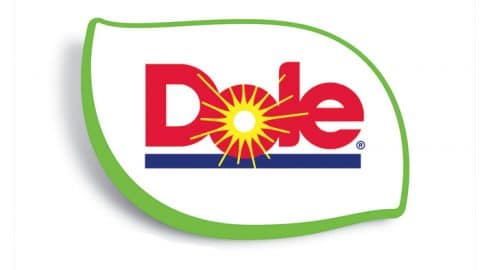 It looks like the Dole Food Company is looking to integrate blockchain technology into its supply chain systems by 2025.