Within the world of Web3, there are many projects that simply use the blockchain to put a spin on some old Web2 application. While the services these Web3 DApps provide may not be core to the decentralized internet, they helpfully add monetization to some long-standing ideas from the old web. Such is the case, for example, with STEPN, a so-called move-to-earn DApp that aside from monetization is fairly similar to the step-tracking app Fitbit and even the old Nintendo Wii gaming system.

However, there is also an entirely different kind of project that is focused on building out the core infrastructure of Web3. These are known as Web3 cryptos, and they typically take some essential features of the old internet and revamp them for the decentralized web. These services aim to provide alternatives to Web2 cloud-based products such as Facebook, YouTube or Google Drive.

Let’s examine some of the key ideas behind the new decentralized internet and the Web3 cryptos helping to build and provide vital infrastructure for the next iteration of the Internet.

For those of you looking to store your next-gen cryptocurrencies on an ultra-secure and portable Web3 hardware wallet, look no further than the CoolWallet Pro, which recently became the first cold storage wallet to support Aptos.

Why is Web3 important?

Web3 is about pushing toward greater decentralization of the internet through blockchain technology and token-based economics. This stands in contrast to the earlier versions of the web, which were at first read-only (Web1) and then read-and-write-only (Web2).

Tech giants like Google and Facebook reap the lion’s share of the profits on their Web2 platforms, while content creators are left with only paltry payments. Furthermore, these income streams can be shut off without warning due to the constantly evolving moderation guidelines of platforms.

Data privacy is another area where Web2’s outmoded way of thinking has driven many consumers to the brink. In Web2, complicated licensing agreements – which everyone must click through to gain access to necessary services – result in Silicon Valley companies claiming reams of data from users. Unbeknownst to many people, this data can then be sold to unscrupulous third parties.

In Web3, builders are trying to address all of these issues and more through the use of blockchain technology. Ideals such as creator ownership, decentralization, and privacy could be said to be the animating concerns of Web3.

Here are some of the Web3 cryptos helping to build out the infrastructure in the blockchain space. Expect them to get major traction in 2023 and beyond as they reach huge milestones.

Helium’s mission is to create a decentralized Internet of Things (IoT) based around a wireless network powered by its users. The network, which uses something called the LoRaWAN system, runs on the back of user hotspots. In turn, users are rewarded for increasing the connectivity of Helium with the project’s native token HNT.

Theta is a video-streaming service built on the blockchain. The project has the goal of decentralizing video-streaming through its peer-to-peer network. The founders wish to shake up the near-monopoly held by YouTube with a blockchain-based alternative that provides more revenue to creators through token rewards. Meanwhile, users are incentivized to watch and share videos through token rewards as well.

Render is a service built on top of the Ethereum network that lets users share GPU power from their home devices to help projects render motion graphics and visual effects. In exchange, they earn the Render Network’s native asset the Render token (RNDR). Those who have excess capacity are able to rent it out and receive the RNDR token as compensation. The service ensures that the art has been rendered before payment is released, with funds being held in escrow.

Loopring is a ZK-rollup scaling solution that was built to help the builders of decentralized exchanges (DEXs) construct their services more efficiently. Loopring helps to maintain the advantages of DEXs while offering hybrid solutions that bring in the best of centralized exchanges (CEXs). The protocol manages orders through centralized means while still settling trades on-chain, accelerating transactions. By enabling many orders in circular trades as opposed to just trading pairs, the protocol improves both liquidity and order-execution speed.

Chainlink (LINK) is a well-established DeFi protocol that lets blockchains process off-chain information related to external data feeds, payment methods, and events through a decentralized oracle network. Chainlink is highly decentralized and operates through a massive open-source community. It was among the first projects to open the door for integrating off-chain data into smart contracts.

Arweave is a blockchain-based storage network. It incentives “miners” to hold the network’s stored data with its native token, AR. The project styles itself as a user-driven hard drive that “never forgets.” Arvweave hosts an internal network called “the permaweb,” which has a collection of user-driven apps. The permaweb is built on top of the project’s “blockweave,” which is similar to a blockchain but uses a technique of linking both adjacent blocks as well as randomized earlier blocks to incentivize participants to store more data.

Indexing blockchain data is a notoriously difficult problem that The Graph is trying to solve. The service is an indexing protocol that lets developers query data from blockchain networks through innovative means. Through the use of the subgraph system, developers are able to publish open APIs that can be used to retrieve queries. Rewards are available for Indexers, Curators, and Delegators through the platform’s token GRT.

Filecoin is a blockchain-based system that seeks to decentralize data storage for its users. The project is an open protocol backed by a blockchain that saves the network activity forever. The service aims to decentralize file storage so as to protect its users from the kind of censorship that can happen with entities like Amazon Web Services, paying particular attention to protecting the location of files. Nodes are in constant competition to secure more data, and they are rewarded in the form of the protocol’s token FIL.

Own your key to Web3! The CoolWallet Pro is only the size of a credit card and fits into any real wallet with ease. It’s made for everyday outdoor use, going where you go, without anyone knowing. As Web3 begins to take shape, we’re there every step of the way, adding support and security for the best Web3 cryptos out there.

CoolWallet Pro will not only protect you in Web3, but also the real world, thanks to an EAL6+ secure element (SE) and our pioneering 256 AEL encrypted Bluetooth communication. Our hardware wallet is both water-proof and tamper-proof, thanks to our patented cold compression design that lets neither bad guys nor a drop of water in. Lose it, and simply restore your funds with your recovery seed on a different CoolWallet or compatible application like TrustWallet.

For more information, check out our CoolWallet Pro product page.

Fear The (e)Xchanges: FTX Collapse Proves Cold Storage is a Necessity, Not a Luxury 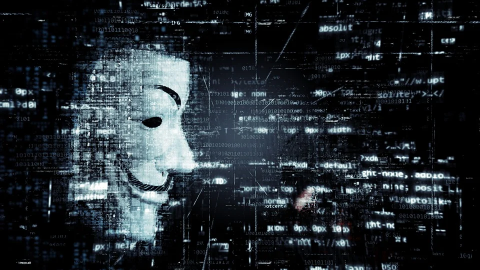 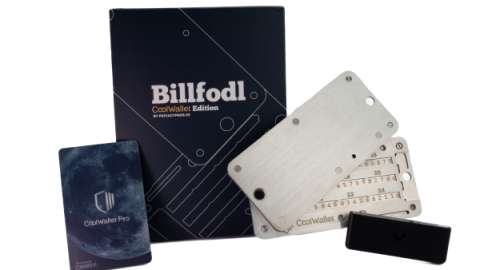