2 Years Later: Why We Built The CoolWallet S

On August 1st, 2017, just over 2 years ago, our company CoolBitX started building the successor to CoolWallet, the world’s first hardware wallet to connect with a mobile device over Bluetooth. In this post, let’s take a look back at why and how we built the CoolWallet S.

As you may know, our company was founded in 2014. In response to the Mt. Gox hack a week later, in which some of our team members suffered losses, we wanted to create a secure cold storage device immune to hackers.

We released the original CoolWallet in 2016, following an Indiegogo campaign that attracted crowdsourced investment from over 200 supporters.

However, as the first cold storage device designed specifically for mobile phones, we knew that the product was a starting point and that it would need to evolve with its users’ needs.

We named it CoolWallet for its hybrid ability to combine “cold” offline storage (card protected by secure element) and “hot” online features (app).

It also seemed to blow hot and cold with our users at times who wanted more coins added and a more stable Bluetooth connection. The growing CoolWallet community told us exactly how we could do better, and we listened.

At the beginning of August 2017, the legendary Bitcoin bull run was still months away. Bitcoin was trading at only $2,871.30 and Ethereum at USD 204.69 but there was a palpable energy in our office. Our small team of 10 engineers and developers could sense the wave coming and we started drawing up plans.

Based on our research and our user feedback,  our next-gen CoolWallet had to:

How we built the CoolWallet S

By August 2017, alternative cryptocurrencies (altcoins) were gaining visible support and growing exponentially.  For example, Ethereum shot up from less than $10 at the start of 2017 to almost $300 a few months later. It was clear that the new CoolWallet 2.0 had to support the best altcoins. Securely, of course.

We decided on adding native support for the Big 4 at the time, Bitcoin (BTC), Litecoin (LTC), Ethereum (ETH) and Ripple (XRP), and added Bitcoin Cash (BCH), after Bitcoin’s hard fork in late 2017.

It took 10 hard months to integrate Bitcoin into the first CoolWallet. But like riding a bike, it got easier. We redesigned and optimized the way CoolWallet processed data. Within 6 months, we successfully tested and integrated the other Top 4 currencies.

As you may know, CoolWallet uses an industry-leading secure element (CC EAL5+), a microchip that protects the private key and verifies all transactions.

However, the 1st gen CoolWallet partially processed some sensitive data on the app, not on the card. This was a security concern because hackers could potentially intercept your recovery seed or alter transaction details on modified software.

The CoolWallet S left nothing to chance. Now, every important security measure, such as setting up your recovery seed, takes place within the hardware wallet, and where needed the necessary information gets displayed on its e-ink screen for you to confirm with a physical button push.

The first CoolWallet was a thing of beauty. But we felt the next version needed more muscle in order to improve convenience and security. Here’s why.

Bigger is not always better. The 1st CoolWallet had a beautiful large e-ink display. While it looked great, the screen was expensive to make, required memory that could be better utilized,  drained the battery faster and it also scratched quickly during wear and tear, making it hard to keep in your actual wallet.

So we made the screen smaller. Sorry, not sorry!

The CoolWallet’s wireless NFC charger also had to go. It was costly, slow and only charged in a certain direction, requiring the card to be perfectly positioned each time.

The new charger was custom-designed and charged much faster, being position directly on the card’s contact points.

Prior to the CoolWallet, no company was ever able to create a hardware wallet that communicated via Bluetooth. Some big-name competitors had tried and failed in recent years (DYOR).

We made it a priority to further improve the stability and security of our Bluetooth connection to military-grade level, through months of testing and learning from our first product’s data.

The CoolWallet S’s AES256-encrypted Bluetooth communication is reliable, safe and stable. It set a new industry benchmark that others still struggle to match. Imitation is indeed the sincerest form of flattery!

While the CoolWallet was a unique product,  it still competed with traditional USB hardware wallets in terms of price and certain specs.  All these improvements helped us to make the new CoolWallet S perform like a sports car next to the original.

Equally important,  they eventually allowed us to drop the price to under $100 from $189. Since the end of 2018, the CoolWallet S retails for $99, well within reach of anyone who wants cutting-edge cold storage security.

We officially launched the CoolWallet S in March 2018, and it made an immediate splash.

During a crypto meetup,  we got the chance to show it to  Charlie Lee, the creator of Litecoin (LTC), who liked it so much that he decided to champion the CoolWallet S as the official Litecoin wallet.

Within months, the rest of the industry took notice. Finally, renowned Japanese investment giant SBI Holdings saw the potential in our company and product, and helped us to secure our future by investing $13 million into our company.

Since then, we’ve been objectively reviewed and recommended by hundreds of authoritative websites and social media personalities (check our Twitter!).

Since August 2017 we’ve formed partnerships with other crypto companies and exchanges and been reviewed and endorsed by countless websites, experts and social media influencers.

Over the last 2 years, our company has grown from 10 staff members to over 50 and counting. We’ve moved to a bigger workspace in Taipei, opened a U.S. office and sold over 150,000 CoolWallet S units worldwide directly through our website or our trusted network of partners, resellers and affiliates around the globe.

We’re still making constant improvements and updates to the CoolWallet S. For example right now, we’re putting the finishing touches on an advanced recovery seed process and personal pin for our App (to keep your portfolio details private).

I’m immensely proud of the progress and innovation CoolBitX has delivered over the last 2 years. The CoolWallet S really delivered on our mission to create a safer and easier way of owning and trading digital assets.

I am confident that we will continue to excel and make valuable contributions in the innovation, mass adoption and improved regulation of digital assets. Here’s to the future!

Litecoin's 2019 Halving: What's Next for LTC Mining, Price and Support? 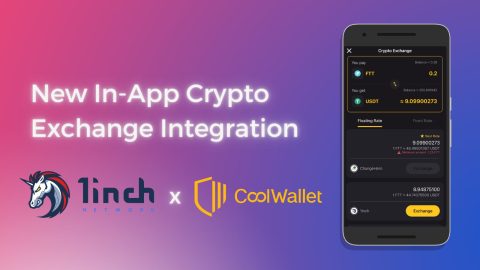 ​​CoolWallet and 1inch Partner Up For CoolBitX App Support

Bluetooth hardware wallets like CoolWallet S and Ledger Nano X provide the best of both worlds for cryptocurrency owners: superior cold storage and the freedom of access to your crypto anywhere, anytime. 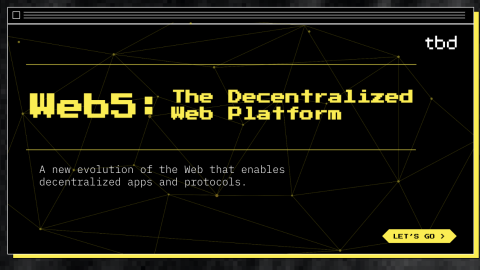 Jack Dorsey’s newly announced Web5 plans to run on Bitcoin’s network and be more decentralized and open than Web3. Here’s how. 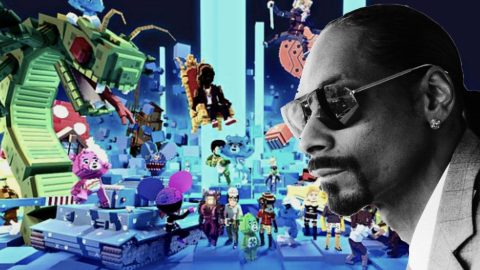