Asia Blockchain Summit 2019 concluded yesterday in Taipei, Taiwan. A few major announcements with significant implications for the crypto industry shared with the 4000 attendees in Taipei’s swanky Marriot Hotel by some of the biggest names in the cryptocurrency industry in keynote speeches and panel discussions.

CoolBitX teamed up with the Litecoin Foundation for a fun booth that allowed visitors to try out the CoolWallet S and shake hands with Litecoin creator Charlie Lee.

Also notable was the host of crypto-friendly political figures and legal experts who weighed on regulatory implications and new STO use cases for the crypto industry.

It was guns at (virtually) dawn when the BitMex CEO Arthur Hayes and notorious crypto scepticist Roubini faced off in a highly publicized debate in front of a packed auditorium.

Both individuals played to the public’s perceptions and regurgitated often-used tropes on cryptocurrencies.

Roubini repeatedly denouncing crypto as an unregulated scam full of shitcoins and set on a course of destruction. He often repeated the same objections in a profanity-laden tirade, which forced moderator Andrew Neil (who caused controversial alt-right personality Ben Shapiro to walk off during an interview) to intervene like a school teacher at times, much to the audience’s delight.

Hayes played to his home crowd advantage, poking fun at the emotional economist ‘s outburst and defending the freedom of choice that investors in cryptocurrencies should enjoy, whatever they decided to lay on the line.

Some observers felt that Hayes could have gone after the professor a bit harder and missed a few openings that Dr. Doom gifted him. Overall though, it was an entertaining 30 minutes and it stoked plenty of debate amongst the attendees afterwards.

In a keynote speech on Tuesday, CoolBitX founder Michael Ou provided a closer look at how new FinCEN and FATF regulation could potentially cripple the functioning of centralized exchanges.

Binance’s CEO “CZ” Zhao introduced crypto futures trading with 20x leverage on Tuesday. In his trademark casual attired of a T-shirt and shorts, Zhao announced and demonstrated a futures trading platform on Binance with long-requested features that included longs and shorts on virtual assets.

5. Regulations and Use Cases

Keynotes and panel talks discussed the possible impact and legal implications that the crypto industry could face this year, as well as the current state of blockchain regulatory frameworks in Asia

To read more about the Asia Blockchain Summit, refer to their website:

Warning: Not Cool! Fake "Zeus X" is a Scam Card, Not Affiliated with CoolWallet

Buy a Customized CoolWallet S With Your Name On It! (Limited Edition) 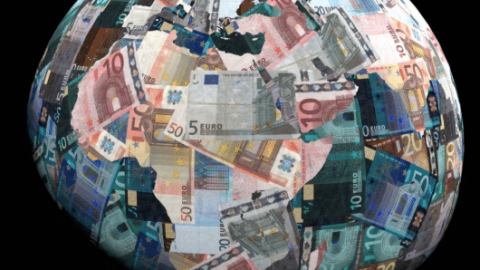 Warning: Not Cool! Fake “Zeus X” is a Scam Card, Not Affiliated with CoolWallet

Watch out for this CoolWallet imposter and scam. We have no affiliation with this product.