Ethereum has been on everyone’s lips in 2022 as excitement builds despite bearish markets for this month’s Ethereum Merge, a vitally important network upgrade years in the making and is finally scheduled to kick off on 6 September 2022 with the Bellatrix Upgrade, and between 10 to 20 September the Paris, that will migrate the chain from an energy-sapping proof-of-work (PoW) consensus layer to an environmentally friendly proof-of-stake (PoS) mechanism. But why is this and other benefits to the Merge so important for the future of the world’s most influential blockchain?

Ethereum’s move away from PoW to PoS represents a fundamental shift in Ethereum’s architecture that will also change the network’s economics, possibly turning it deflationary over time and making it very attractive to institutions looking to comply with eco-friendly ESG requirements, as the ETH chain’s energy consumption will drop by 99.95%.

Many myths and questions remain around the Merge, such as that it will make Ethereum faster and cheaper (short answer: no, not immediately, but it does lay the groundwork for this). In this article, we’ll try to address the most important ones.

What is the Ethereum Merge?

The Ethereum Merge is simply a way for the Ethereum network to change the way it validates transactions. It will do this by transitioning from PoW to PoS. This means that the Ethereum main net will be “merging” with the Beacon Chain, a new proof-of-stake blockchain at the center of Ethereum 2.0.

The Ethereum blockchain protocol currently relies on the Proof-of-Work (PoW) consensus mechanism to validate transactions on the network. This requires a lot of computing power and electrical energy, prompting critics to argue that PoW has environmental consequences.

The criticism doesn’t stop there. Ethereum suffers from the blockchain trilemma, a theory that a blockchain network cannot achieve decentralization, scalability, and security at the same time without sacrificing one of the three.

This upgrade to the Ethereum network is aimed at improving speed, scalability, and efficiency. It is tipped to help the network process more transactions per second.

It’s not done by a single upgrade, but by the implementation of a series of upgrades that eventually lead to a PoS-based Ethereum blockchain. The Beacon Chain was launched on 1 December 2020, marking the first phase. The Merge is the second major phase.

Imagine Ethereum currently as a hybrid vehicle, using both a gas tank (PoW) and an electric battery (PoS) to operate. After the Merge, it’ll only run on electric energy, making it better for the environment. The mining rewards of its PoW chain will be so low due to the so-called difficulty bomb algorithm change, that it’ll make no sense to mine ETH, taking its PoW chain to the “Ethereum Ice Age”, and staking ETH will be the only viable option really.

When is the Merge happening?

It was initially believed that the Ethereum Merge would come in June 2022, but like previous upgrades, it has been shifted to a tentative date. Ethereum’s core developer Tim Beiko shared that the switch to PoS would likely come a few months after. Now in July 2022, the latest prediction by developers is for early September 2022.

The new timeline came after Ethereum successfully launched its shadow fork on 11 April 2022. The shadow fork is a test-run for Ethereum’s assumptions on its transition to Ethereum 2.0. It now seems Merge may ship in Q3/Q4 2022.

Introducing a new consensus system adds new layers of complexity and challenges. Ethereum will also add a new economic model and this requires laser precision as there is a lot of money at stake. It is clear that with so much on the line, Ethereum would rather delay the “Merge” than deliver a half-baked product that harms the whole ecosystem.

How will the Merge solve Ethereum’s big problems?

The Merge is important from Ethereum’s technical and economic points of view. Ethereum has its own set of challenges, and it is actively working to overcome the blockchain trilemma (how to create scalability, security and decentralization simultaneously without compromising one aspect). The Merge does not take Ethereum out of the woods, but it goes a long way.

Instead of miners who secure the network in a PoW system, Ethereum will count on validators to maintain the network. Validators stake a required amount of Ether to mint new blocks on the network.

The Merge also makes it easy to run nodes, making the network more decentralized as there is a lower barrier to entry. A total of 32 ETH is the minimum requirement to run a node.

Blockchains such as Bitcoin have been under attack for the large amount of electricity they use. It is one thing whether PoW miners use green, renewable, or other sources of energy harmful to the environment.

However, PoS consumes about 99% less energy than proof-of-work.

The Merge makes sharding possible on Ethereum. Sharding is the use of side chains to spread the load, increase the transaction throughput, and minimize network congestion. Apart from the obvious scalability benefit, sharding also helps in the following ways:

Why is the Ethereum Merge important?

The Merge is important because it brings a new dimension to the Ethereum network. It will allow the network to support shard chains as sharding is based on staking. This makes the merge the necessary step before staking can take place on Ethereum.

The Merge is not a fork, but rather, a continuation of the existing chain. This maintains the security of the network, and more importantly, users can still view their transactions using the block explorers they are used to. The architecture update will not affect end-users.

After the shift to PoS, mining will no longer be supported. Ethereum’s carbon footprint on the environment will be greatly reduced.

The transition to proof of stake is expected to make the network cheaper and faster. However, the transaction fees won’t fall almost immediately. The merge only sets the foundation for a network with lowers gas fees.

Ethereum is gearing up to become a deflationary asset thanks to its previous EIP-1559 update when it switches to PoS. This will likely be bullish for Ether, Ethereum’s native currency. On the other side, some stakeholders such as miners will not be entirely pleased with the Ethereum Merge.

What will be Ethereum Merge’s impact on ETH miners?

ETH miners had a bumper year during the bull run, collecting record fees as Ether’s price soared to nearly $5000. Ethereum 2.0 will make mining obsolete due to the move to proof-of-stake. Miners will stop receiving mining rewards and will be faced with a new reality. The miners will either use their equipment to mine other altcoins, or they can sell the equipment to raise capital for Ethereum staking. Most likely they will simply stake their stockpiled ETH to collect an APR of up to 15%.

Some miners will likely ditch the Ethereum network and new players will sense an opportunity to stake Ether.

What to expect post-Merge

When the Ethereum merge is complete, miner rewards will go to validators (or stakers). The staking rewards will likely increase by 50% or more to attract more validators to improve the network’s security and decentralization.

Apart from miners feeling the pinch of the transition, dApps and casual users are not expected to notice any changes. The network will continue to work as before, although the transaction fees and speed will remain unchanged until sharding kicks in. Sharding is ultimately the game changer that will take Ethereum in to its final iteration and explosive growth. Milestones like the Beacon Chain, EIP-1559‘s deflationary mechanism and Ethereum Merge are vital boxes to tick though before we get there.

Will the Merge make Ethereum cheaper and faster?

The short answer is no. And here is why.

The Merge is not the final update in the journey to Ethereum 2.0. The first phase, as highlighted earlier, is the Beacon Chain, and this has already proved successful. This is followed by the Merge, which will see the network adopt a proof-of-stake consensus mechanism. The final stage of the update, sharding, will introduce side chains to make Ethereum more effective and scalable. It is in this final stage that Ethereum transactions will be cheaper and faster.

The Ethereum phases are as follows:

The Ethereum Merge is a transitional phase in which Ethereum migrates from PoW to PoS. The change will make Ether deflationary. Miners will be impacted by the switch as their source of income will be rendered obsolete. Even with the Merge in place, Ethereum’s transactions will not get cheaper or faster until sharding. However, with its sudden eco-friendly and ESG credentials, deflationary qualities, and higher staking rewards, Ethereum will be very attractive to institutional investors. As Bitcoin’s bull run in 2020 on the book of institutional investment showed, the sky could be the limit if this happens. However, if  Ethereum fails to implement a successful Merge, all bets are off.

Many ETH holders are concerned that moving from computer processing power to ETH holders to validate transactions will open the Ethereum network to possible collusion and a 51% attack.

This is very unlikely though, because Ethereum staking rewards are used a “stick” instead of a “carrot” according to Wired Magazine. This means that any misbehaving validators will have their rewards and stake possibly seized if they take harmful and malicious actions against the network. At ETH’s current price (17 August) it will take $25 billion to buy up half the ETH currently available, and any attack will be once-off and require another $25B to repeat. It makes it very unlikely, especially due to the penalties it’ll incur and the resulting drop in value of ETH.

Store your ETH and staked ETH (stETH) in CoolWallet!

Looking to HODL your ETH in a safe hardware wallet? Look no further than CoolWallet S and CoolWallet Pro: secure and easy-to-use cold storage anywhere, anytime with military-grade encrypted Bluetooth and a secure element of up to EAL6+.

You can also use our integrated Lido function to stake your ETH and get staked ETH (stETH) in return, which you trade as you wish. Please note that staked ETH is locked on the Beacon Chain and won’t be redeemable for up to a year after the Merge, but rather the next Shanghai upgrade.

This article is not financial advice but is written for educational and entertainment purposes only for the CoolWallet community. Please do your own research.

What is SocialFi? A Beginner's Guide 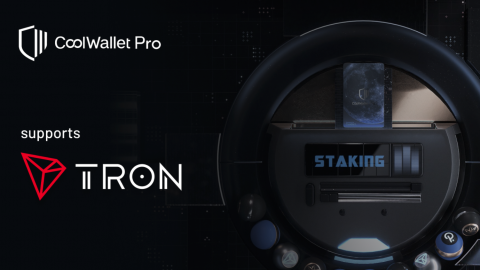 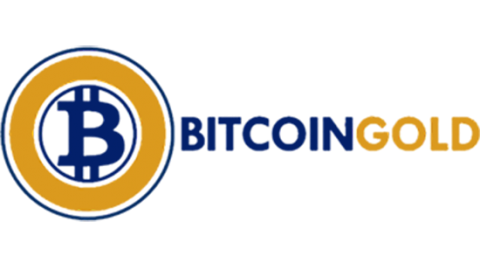 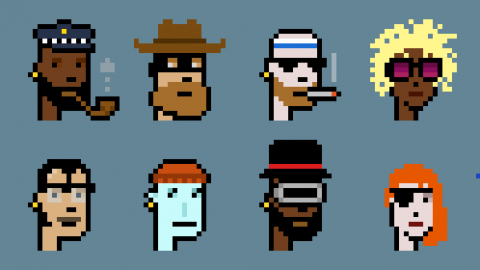 NFTs like CryptoPunks, Axie Infinity, and VeVe have incredible use cases in art, music, AR, gaming, and more. Here’s how to create your own! 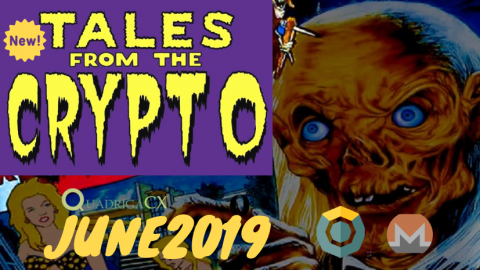 Crypto owners can be excused for twitching displays of PTSD when checking the latest Bitcoin and crypto news. With respected […]