Phew! It’s finally 31 December 2022. Another eventful year in CryptoLand is almost in the books, one that seemed to be the inverse of 2021’s exuberant WAGMI bull run that made Bitcoin, Dogecoin, NFTs, metaverse gaming, and Web3 household phrases across the globe.

The swearwords to sum up 2022? SBF, FTX, Luna Terra, Do Kwon, algorithmic stablecoin, blind signing, bridges, rug pull, ponzi, depegging, Celsius, 3AC, Voyager, BlockFi, GoblinTown, Gary Gensler, MiCA, CBDCs, Jerome Powell, crypto winter, quantitative tightening, inflation, inflation, inflation. None of them are positive, and there’s no way to sugarcoat it: It’s been a disaster of a year, an annus horribilis. It’s not all crypto’s own fault though.

This past year has been a dicey one for the global economy, with rising inflation and interest rates, Russia’s invasion of Ukraine, and pandemic-related supply-chain shocks decimating wallets and bottom lines around the world. Global GDP has dropped by roughly half since 2021, from 6% to 3.2%. Meanwhile, markets – if not exactly falling off a cliff – have been rolling down a hillside, with stocks and bonds down 15% and 20%, respectively.

Crypto markets have felt even more pain in 2022 – to the extent that roughly two-thirds of the market cap for the entire industry has been wiped out, going from almost $3T in November 2021 to less than $900B a year later. The slide began with the Fed-initiated tightening of the money supply that shrunk the riskier side of investor portfolios and hit crypto particularly hard. Then, under the new market conditions, a domino chain of high-profile bankruptcies in the industry began to dominate the headlines and cost retail investors billions of dollars.

It’s been enough to drive some people out of the space. Yet very little of the FUD has been to do with the underlying technology of the blockchain and where it may ultimately lead us as a society. There has even been the occasional bright moment this year too.

Let’s take a look back at what happened.

If you’re a real sucker for punishment, read our year-end reviews for 2021, 2020, and 2019. Then, compare this 2022 edition with our report of 2018, the previous bear market. It’ll hopefully help you understand that we’ve been here before and that Crypto Winter eventually does end.

The crypto disaster narrative of 2022

There is no getting around the trouble that crypto went through in 2022, and it’s best to address it up front. By and large, there were two major styles of calamity: bankruptcies and hacks. Let’s start with the hacks.

The trendline of increasing criminal activity on the blockchain showed no signs of letting up in 2022, although it’s worth noting that as blockchain activity continues to expand generally, the criminal portion shrinks in relation to the total.

It’s estimated that a combined total of $3B was hacked out of decentralized finance (DeFi) protocols and decentralized exchanges (DEXs) in 2022, up from $2B a year earlier. Some of these hacks were even connected to government sponsored-groups in North Korea.

The top three biggest DeFi hacks in 2022 were all connected to cross-chain bridges, which are digital infrastructure used for moving assets between blockchains. These included hacks of the Ronin Bridge ($620M), the Wormhole Bridge ($326M), and the Nomad Bridge ($190M).

Crypto’s worst implosions and bankruptcies of 2022

The crypto contagion of 2022 began in May, when the algorithmic stablecoin Terra UST and its governance token Luna disintegrated in value. The two tokens were connected by a mechanism that would let holders burn one for the other, which kept the stablecoin on its dollar peg. This worked well enough until $2B was unstaked from the Terra ecosystem’s 20%-yield-generating Anchor Protocol, sparking a massive selloff that evaporated about $60B.

Then, over the summer, the Terra collapse led to the bankruptcy of the hedge fund Three Arrows Capital (3AC), which had unsurvivable exposure to the Anchor Protocol. Since 3AC had outstanding debts in the range of $665M to the crypto lender Voyager Digital, that company too went the way of Chapter 11. Celsius, another crypto lender with deep investments in Anchor, had to file for bankruptcy having gone $1.2B into the red.

The crypto-bankruptcy narrative reached its climax in early November with the disaster at the shuttered exchange FTX, once crypto’s third-largest. The FTX trouble began with a report that the exchange’s sister firm, a hedge fund called Alameda founded alongside it, had some serious accounting problems. Based on this news, Changpeng Zhao (CZ) the CEO of the rival exchange Binance, announced that he would be liquidating his company’s holdings of FTT, the token issued by FTX.

What followed was an extremely public crypto war between CZ and former FTX CEO Sam Bankman-Fried (SBF), who failed to stop the run on the bank that brought his exchange to insolvency and a Chapter 11 filing within days, wiping out the $32B company.

The crypto evolution narrative of 2022

While these collapsing dominoes have done astonishing damage to the crypto industry, it’s not all bad for the long-term prospects of sustainable crypto adoption.

With the quasi-exception of Terra, what these distressed entities all had in common was a high degree of centralization, the very thing that crypto was invented to escape. Indeed, the Wall Street flavor was everywhere to be found. 3AC began as a traditional hedge fund back in 2012, while it remains unclear if SBF, with his roots in the TradFi trading world, ever even really believed in crypto.

Bringing the centralized exchanges to heel

The events of 2022 are leading the public towards a greater suspicion of centralized exchanges like FTX, and that’s very much a good thing.

The FTX debacle has sparked widespread interest in self-custody solutions like hardware wallets, which continue to be the safest way to store digital assets. In the case of crypto exchange failures, funds are not insured, meaning these platforms are best used only for certain exotic trades and never as a long-term parking spot.

On top of that, we’re going to see a major push to regulate away the kind of problems that led to such opacity and unaccountability at these exchanges. The EU is moving forward with its Markets in Crypto Assets (MiCA) framework, while Biden’s Crypto Executive Order got the ball rolling on the US side.

It’s also notable that in November, following the FTX revelations, DEX trading volume jumped by 80%, up to $103.8B versus the $57.6B in October. Although DEXs and DeFi protocols are only as strong as their codebase, they are entirely trustless, and we are likely to see improvements both in terms of cybersecurity as well as more workday issues like user-interface design.

Perhaps the biggest crypto development of the year is one that now seems distant given all that has happened since September. However, in the long run it will surely have an outsized impact. That development is of course the Ethereum Merge, one of the largest emissions-reductions events in human history, comparable in scale to a country the size of Finland going off the grid.

The Merge saw Ethereum’s energy demands drop by 99.5%, putting it roughly in the ballpark of 1% of PayPal’s usage. Remember the online mobs shouting that NFTs were killing the planet? Well, that’s not really going to be a problem anymore.

Additional Ethereum developments forecast for 2023 such as the Shanghai Upgrade and the expanded use of rollup solutions are only going to make the world’s oldest smart-contract platform even more of a viable force in the years to come.

It’s true that a lot of money has been drained from crypto this year. This much, at least, we must admit. And yet crypto has seen several of these cycles before, albeit on a smaller scale. On the flip side, it’s been a year of building and quiet technological progress in areas such as Web3 infrastructure, layer-2 networking, Web2.5, and Web2’s adoption of NFTs. The funny money that marked 2021’s bull run and was so absent in the later stages of 2022 may take a further break in 2023 as well, with more macroeconomic hardship to come. However, after a brutal year like 2022 which pulled the lid off a cornucopia of scams and hacks and exposed the brutal truth about the risk that comes with putting your trust in centralized custodians instead of yourself, this is probably a good thing.

As we enter 2023, set some time aside to celebrate Proof of Keys on 3 January 2023 and the responsibility/warning that comes with it.

Not your keys, not your crypto.

And remember that builders build in bear markets. CoolWallet has been no different, with our app and hardware wallet range rolling out various amazing new features and coin support. Happy New Year and may 2023 be up only for crypto!

For a safe and convenient self-custody solution look no further than CoolWallet- our amazing CoolWallet App now offers users the convenience of both elite cold storage and free hot wallet functionality in one location.

CoolWallet HOT is a new module in our free CoolWallet App that allows you to get the latest Web3 features, airdrops, and coin support. Move your funds to the secure storage of CoolWallet Pro, our flagship hardware wallet, which boasts an EAL6+ secure element, a waterproof and tamperproof smart card form factor, and encrypted military-grade Bluetooth.

It's Bitcoin's 14th Birthday! Here are its Origin Story's Lessons For 2023 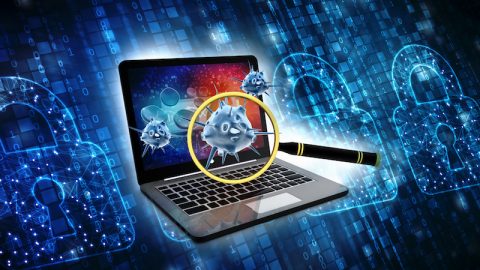 Criminals are using these coronavirus Covid-19 scams, malware and hacks to infiltrate your computer and steal your files, private data and cryptocurrencies 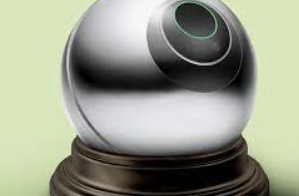 For your eyes only: Worldcoin wants to scan your irises (like in Minority Report) for Universal Basic Income purposes in exchange for crypto. 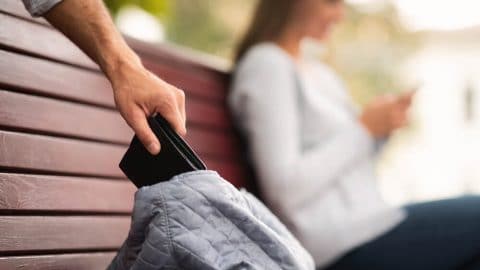